Welcome!
Close
Would you like to make this site your homepage? It's fast and easy...
Yes, Please make this my home page!
No Thanks
Don't show this to me again.
Close

Readwhat the critics are saying about TIGER BEAT.

This 7" is called Maggie the Cat.It is on Ten in One Records! The songs are "Maggie the Cat", "Lights Out" and "Get Electric". It is available in Opaque Orange swirly vinyl or BabyBlue clear and full color jackets for your viewing pleasure. It isalready your favorite single of 1998.

Erin recommends ordering from 10-in-1 and sending an extra $3.75 for thekick ass TightBros. 7" aswell.

Mailorder Order February Freaks single! Includes "Magician's Assistant", "Ready to Go", and "Tender Thunderbolt". Available through the Kill Rock Stars Mailorder Freak Club along with 11 other 7"s. It'll be your favorite single of 1999! 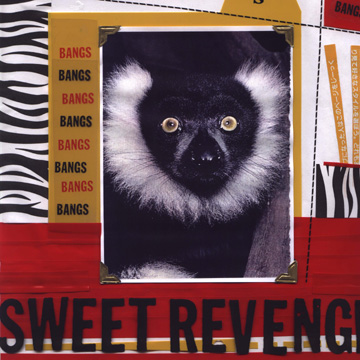 "Sweet Revenge" comes out in May 2000 on CD and LP! Brought to you by Kill Rock Stars!